You are here: Home / Abortion911 / 911: Woman Bleeding Excessively in Middle of Abortion at Connecticut Abortion Facility

Hartford, CT – An abortion patient suffered “excessive bleeding” in the middle of an abortion procedure at Hartford GYN Center in Hartford, Connecticut, according to 911 records obtained by Operation Rescue.

A 911 call was placed by “Madeline,” a Hartford GYN nurse, at 10:01 a.m. on October 21, 2017. She indicated that the patient was in the middle of a “procedure” and was bleeding heavily. The woman was sedated, and it appeared that the clinic staff were going to under sedation while they continued the abortion procedure.

The ambulance was dispatched under “Priority 1,” which is used in the most urgent of cases. A witness on the scene told Operation Rescue that the woman was brought out of the abortion facility with “a sheet over her head.”

Hartford GYN Center opened in 1981, and conducts abortions through 21 weeks of pregnancy. It is a member of the National Abortion Federation, a network of abortion facilities that has an over-all dubious safety record. The abortion business is part of a chain of five facilities operating under the Women’s Centers banner. Other chain locations are in Atlanta, Georgia; Cherry Hill, New Jersey; Delaware County, Delaware; and Philadelphia, Pennsylvania.

From January 1 through November 18, 2017, Operation Rescue documented 56 medical emergencies nationwide that required ambulance transport directly from abortion facilities. This number is based on eye-witness reports and does not reflect every incident that occurs. It also does not count women who must seek emergency medical care after they have left the abortion facility.

“We have seen an uptick in the numbers of ambulances at abortion facilities this year, and have already exceeded the number of medical emergencies we recorded in 2016,” said Troy Newman, President of Operation Rescue. “Things are not getting any better at our nation’s abortion businesses. If anything, they are more dangerous than ever.”

“Just based on the incidents we have documented, knowing that it is a small fraction of such incidents, it is obvious that the Abortion Cartel’s abortion complication stats that portray abortion as the safest medical procedure, are as fake as they can be.” 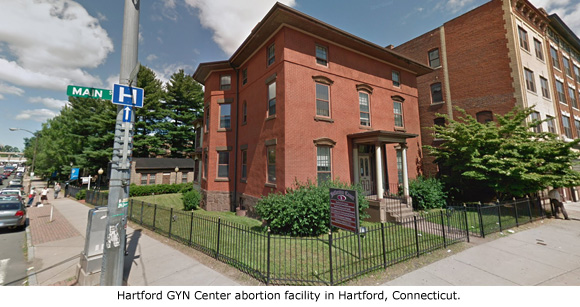