Bellevue, NE – Just days before Christmas, an ambulance was dispatched to LeRoy Carhart’s Bellevue abortion facility for a woman who was suffering a “possibly dangerous” vaginal hemorrhage after an abortion.

Operation Rescue was tipped by a local pro-life activist to the medical emergency and immediately obtained the emergency radio dispatch recording that indicated a 24-year old woman was awake, alert, and breathing, but suffering from serious hemorrhaging after an abortion that took place on December 21, 2018.

This is the second known medical emergency this year at Carhart’s Bellevue Health Center abortion facility, which also operates under the name Abortion and Contraceptive Clinic of Nebraska (AACCON). It is affiliated with another Carhart-owned abortion facility in Bethesda, Maryland, where he conducts abortions throughout all nine months of pregnancy. 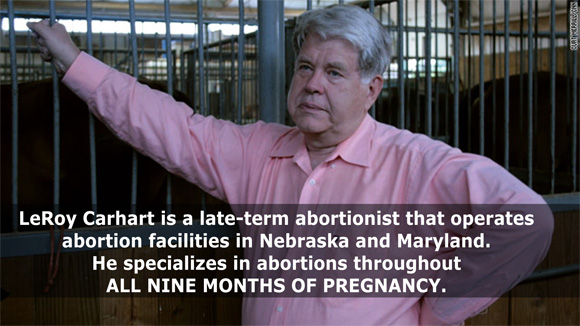 On May 4, 2018, another of his abortion patients hemorrhaged half her blood supply, according to 911 records obtained by Operation Rescue, and was hospitalized at least eight days. It is rumored that this patient did not survive her abortion injuries, but Operation Rescue has been unable to independently confirm that information.

“Carhart has long been a danger to the public. We have documented dozens of serious abortion injuries inflicted by Carhart since the early 2000’s. One woman after another has been butchered by Carhart and at least two of them – probably more – have ended up on a slab in the morgue. Yet, medical boards continue to give him a pass,” said Troy Newman, President of Operation Rescue. “Don’t tell me abortion is safe. It can never be safe, especially with quacks like Carhart running late-term abortion mills that have a steady stream of ambulances running to them day and night. The authorities must ignore political pressures that protect his shoddy business and instead do their duty to protect the public. Shut him down now!”

Below are other medical emergencies involving LeRoy Carhart that have occurred since 2012 that provide evidence that his abortions are in fact dangerous.

For more on abortion-related medical emergencies and patient deaths at other abortion facilities, visit Abortion911.com.