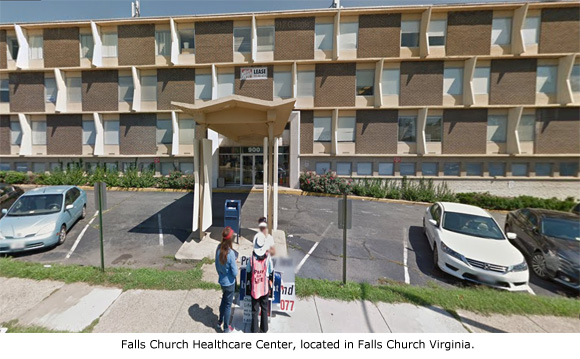 Also found were numerous health and safety violations – including infection control issues and mishandling of drugs – all cited in the 33-page report.

“The deception and excuse-making during the inspection that included a review of eleven patient records was most disturbing. When staff of a so-called medical business is caught in blatant lies and cover-ups, that destroys any thought that they might actually have their patients’ best interests in mind,” said Troy Newman, President of Operation Rescue.

Some of the violations include:

• Governing body failed to review and update policies and procedures.
• Failure to train all staff in fire safety.
• Failure to maintain policies and procedures regarding fire safety.
• Improperly used a single-patient inhaler for multiple patients.
• Improperly reused single dose vials of Fentanyl for more than one patient.
• Failed to check used drugs back in after checking them out of drug storage.
• Failed to draw up medications in a sterile environment.
• Placed box of injectable drugs and supplies on the procedure table at patient’s head. In addition to cross-contamination concerns, that was considered a breach of patient’s private space.
• Procedure rooms too small to sit drug box in a clean space.
• Expired supplies and medications on the emergency cart (oldest expired November 2015).
• Expired drugs and supplies in a procedure room (oldest expired January 2015).
• Infection control violation that risked spreading infectious agents from one patient to the next.
• Failure to document three patients’ stability before discharging them from the recovery room.
• Failure to ensure patients’ medical records were complete and accurate in 11 out of 11 cases, with crucial information missing or misrepresented.
• Failed to report a serious injury to a patient to the Office of Licensure and Certification within 24 hours of occurrence. 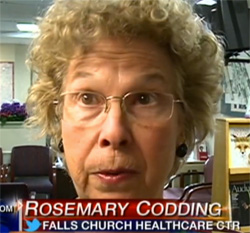 Staff Member 1 was identified in the report as the Facility Administrator. That administrator is actually Rosemary Codding, who also owns the abortion facility along with her husband, Wayne.

Codding sued the State of Virginia in 2013 to halt regulations that would have forced her to bring her abortion facility, which has repeatedly failed health and licensing inspections, into compliance with medical norms.

Codding also infamously continued abortions at her facility during Hurricane Sandy even though there were two inches of filthy flood water inside the abortion room and the windows were leaking more water into the clinic, creating an unsanitary environment.

During the June inspection, when several drugs and supplies were found to be expired, Codding disagreed, despite clearly marked expiration dates going back as far as January 2015. She tried to argue (dishonestly) that there was proof in the way of articles that indicated those medications and supplies had an indefinite shelf life, but was unable to provide inspectors any of those “proofs.”

All eleven patient medical records reviewed by inspectors were incomplete or inaccurate. Blank forms or boxes left unchecked or not initialed within the medical records were dismissed by Codding and her staff with excuses, such as “that shouldn’t be in there,” or “we don’t use that.”

The patient charts revealed that one patient suffered a serious complication and was transferred to a hospital. Two other patients suffered failed or incomplete abortions and had to return to the abortion facility for a second surgical aspiration abortion.

Another two women had notations made in their medical records that they lived over 100 miles away, which qualified them for an exception to the state mandated waiting period. However, both women actually lived closer and did not qualify for the exemption.

What happened to Patient #1?

Patient #1 reported to the Falls Church Healthcare Center for a surgical abortion under monitored anesthesia care on February 3, 2018, which required the presence of a Certified Registered Nurse Anesthetist CRNA) to monitor the patient during the procedure.

While inspecting Patient #1’s medical records, they her chart was incomplete. The patient’s informed consent form dated January 23, 2018, was not signed or initialed by the patient.

Physician note contained in the chart indicated in part: “Aspirate the uterine without difficulty.” Then, “Estimated blood loss 80 ml.” (Equivalent to about 2.7 ounces.) “Patient sent to recovery in excellent condition.”

It seems the abortionist’s notes were inaccurate, and perhaps a lie.

Patient #1 never made it to the recovery room, according to Codding and the CRNA who assisted with her abortion.

But even information the CRNA provided seemed to somehow downplay the events and condition of Patient #1.

Notes in her chart made during the abortion surgery indicated that she became hypotensive, meaning she was suffering from low blood pressure. She was also bleeding more than usual. Staff administered 1000 ml of normal saline, but the anesthesia record noted that there was further loss of blood.

“The CRNA described the bleeding as ‘not excessive’ but more than usual,” stated the report.

Inspectors were told that the rest of the chart had been given to the EMS crew when Patient #1’s care was transferred to them. However, in the event of such an emergency, medical records are supposed to be copied and given to ambulance crews. Clinics are required to maintain the original records.

The unnamed “physician” that conducted the abortion accompanied the patient to the hospital and informed interns there that it was believed the bleeding was caused by a perforation of the uterus made during the abortion, then blamed the perforation on “previous injuries from repeated C-sections.”

At the hospital, Patient #1 was soon moved to a surgical suit. The abortionist “attempted to go into the operating room with the patient but receiving hospital staff would not allow him/her to do so,” according to the inspection report.

During surgery, the injury to Patient #1 was identified and repaired. Three days later, on February 5, she was finally released from the hospital.

Inspectors questioned why Patient #1’s complications were not reported to the Office of Licensure and Certification within 24 hours as required by law.

Codding explained that she believed they were not required to report, then admitted that the facility had transferred other patients to the hospital and never reported those incidents either.

Inspectors examined the clinic’s complication logs, but found no other entry involving a patient transfer during the time-frame involved in the inspection.

The facility was cited for failing to report Patient #1’s harrowing botched abortion.

What will happen to Falls Church Healthcare Center?

There could be very little in the way of consequences for the serious violations cited by the Office of Licensure and Certification, which was responsible for the clinic’s inspection and citations.

The abortion business will be required to submit a plan of correction. It is not unusual for correction plans to be accepted without further inspection to ensure compliance. While fines for violations are rare and licensing suspensions are even more so – but on occasion they do happen. Both are fully merited in this situation.

At the very least, a follow-up inspection to confirm compliance should occur, especially in light of years of documented inspection failures, and some violations within the current report that have apparently existed for quite some time.

“What are the chances that there would be three abortion complications that required additional surgeries and two violations of the Virginia waiting period law found in eleven randomly selected patient files?” asked Newman. “If that ratio holds up over all patients, it would mean 45 percent of the women who go to Falls Church Reproductive Health are placed in grave danger. That is completely unacceptable. This shoddy abortion facility can’t be shut down soon enough!”