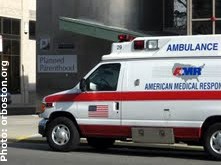 According to the lawsuit, Melissa Cullen received a suction abortion at Planned Parenthood. Three hours after her release from the abortion clinic, Cullen blacked out from an “extreme loss of blood” and fell, hitting her face. She suffered a concussion, a sprained neck, two broken teeth, and a gash on her chin. She also claims to now suffer from Post Traumatic Stress Disorder.

After fainting, Cullen was transported to Massachusetts General Hospital where she was told by physicians that “the abortion had been done wrong” according to court documents, which were hand-written by the plaintiff. Cullen is seeking $100,000 in damages.

Eleven abortionists are known to work at Planned Parenthood of Boston. The abortionist responsible for Cullen’s abortion was not listed in court records.

This incident is the eleventh abortion-related medical emergency recorded at Planned Parenthood abortion clinics nationwide since January of last year. This includes the avoidable death of Tonya Reaves at a Chicago Planned Parenthood in July, 2012.

“It is clear to see that Planned Parenthood’s mantra of safe, legal, and rare, is a fallacy. The reality is that women are being injured and killed at Planned Parenthood abortion clinics at an alarming rate. Since we know the incidents we have documented are only the tip of the iceberg, it becomes plain that abortion abuses at Planned Parenthood have reached epidemic proportions,” said Troy Newman, President of Operation Rescue and Pro-Life Nation.