You are here: Home / Archives for AbortionDocs.org

﻿ By Cheryl Sullenger Flossmoor, IL – Two ambulances were called to the Planned Parenthood abortion facility in Flossmoor, Illinois, on consecutive days for women who were injured by botched abortions. During the first incident, which took place on May 7, 2020, a private ambulance was called.  Video provided to Operation Rescue by a local […]

By Cheryl Sullenger Granite City, IL – Less than six weeks after one Illinois abortion patient was hospitalized after a botched abortion, a second woman required immediate transport to a hospital emergency room after suffering a serious abortion-related medical emergency. But this recent incident took an unusual twist. It began on May 7, 2020, […]

﻿ By Cheryl Sullenger Cherry Hill, NJ – A woman choked on her own vomit during a surgical abortion at the Cherry Hill Women’s Center in Cherry Hill, New Jersey, and required emergency transport to the Cooper Medical Center for suspected aspiration pneumonia. This occurred on May 2, 2020, during a serious COVID-19 outbreak when […]

By Cheryl Sullenger Beverly Hills, CA – Josepha Seletz is one of a handful of abortionists that openly conduct abortions throughout all nine months of pregnancy.  Her high-end abortion clinic, located on North La Cienega Boulevard in Beverly Hills, has earned her the moniker “Abortionist to the Stars.” In the past three years, Operation Rescue […] 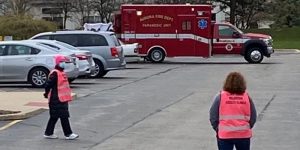 ﻿ By Cheryl Sullenger Aurora, IL — As the State of Illinois was enduring a full lockdown, Planned Parenthood in Aurora, Illinois, was open for business and conducting elective abortions in a facility packed with twice the number of people allowed under COVID-19 orders issued by Gov. J.B. Pritzker. In the midst of the pandemic, […]